Google & Pinterest Buy Buttons – What Could That Mean For You?

There’s been a flurry of activity over the last couple of weeks coming from some of the power houses of the internet, in relation to connecting their users directly with ecommerce retailers. We take a quick look through those announcements and consider what they mean to the industry.

Google got their Buy Button announcement out first, making clear their “imminent” intention to add a Buy Button to their search results. This will allow their users to buy from an ecommerce website without ever leaving the Google environment.

This will see users searching for a product, finding it on Google’s results pages and then clicking the “Buy” button immediately alongside the search result.

The selection of options, such as the size and colour of a product, and the actual transaction will all take place on Google’s pages before the order information is then passed onto the retailer.

This function will be rolled out for mobile searches initially, so the question then becomes ‘why?’

While Google has started to penalise websites in the mobile search results for sites that aren’t mobile-friendly, this new function could quite possibly take traffic away from websites – optimised for mobile or not – as they provide the transaction and user-buying experience themselves.

According to Google’s Chief Business Officer, Omid Kordestani, this will reduce “friction” for users so they make more purchases online. While that statement’s probably too early to argue with at this stage, Google are keen to keep ecommerce retailers, in the same markets, fighting with one another for prominent positions in their search results, both organic and pay-per-click.

This move adds a further incentive for retailers to compete, thereby raising the stakes and seeing Google make more from paid pay-per-click programs. At the time of this post, Google has yet to give an indication of how soon the tracking of Buys will appear in their Analytics.

Pinterest closely followed suit by announcing Buyable Pins. This will again target mobile use (including tablets) and initially roll out in the US.

New pins will appear alongside an image that contains something that you can buy. In a similar model to Google, Pinterest will make their cut from charging retailers to have their pins featured in users’ feeds.

Presumably they’ll be making use of the huge amount of data they have on their users in order to match their users’ interests with retail customer’s products. Again, like Google, transactions will take place within the Pinterest environment.

The main driver for this is internet traffic moving further towards mobile browsing and mobile purchasing. This increasing audience of users are prepared to spend and where spending occurs, Google and Pinterest can tap into the connections between purchases and retailers, making something out of it themselves along the way.

This lies on top of the ongoing tug-of-war between the larger players on the web; both Google’s and Pinterest’s moves are seen as a response to Amazon’s dominant place in the ecommerce marketplace.

Pinterest themselves say in their announcement: “More and more people on Pinterest are using it on their mobile devices. But it can be hard to make purchases on those devices. Buyable Pins work so seamlessly on mobile, they’ll help you close the sale right when someone has the impulse to buy.”

The Potential Effect On eCommerce

This is, without a doubt, the start of a trend.

Facebook already provides shops to merchants, though at present these link back to existing stores. It’ll be interesting to see if they, and others, follow suit either immediately or by standing back and seeing how well it works for others before making the investment.

Facebook probably have the greater opportunity by using their vast amounts of personal data they hold on their users to better direct a targeted, quicker and (arguably) easier purchasing experience. It’ll also be interesting to see if this remains a purely mobile and tablet development as well or if its success will see it rolled out to desktop too.

For ecommerce retailers, does this new function pose a threat or an opportunity?

On the one hand it may well risk the traffic to your site but on the other, for a cost of course, you could see your products targeted at potential customers who are more likely to buy from you. With Google it’s less clear cut; if you’re already investing in pay-per-click then the difference could be simply less visitors to your site while Google carries out the transaction on your behalf.

It’s not in the interests of either Google, Pinterest or anyone else to charge you for showing your products on their sites because they don’t want ‘their’ customers paying more for your products than if they went direct. So, in short, if it takes off, expect to be paying more to list yourself on their environments.

Looking at the bigger picture, if Google carries out all of the configuration and processing of orders, as they suggest, then what’s the point of having a nice looking store?

When examining the differences between the two of them, while similar in concept, they are quite different offerings due to their audiences and purposes.

Pinterest, in its role as a social media platform, has users who post images they like. From an ecommerce perspective perhaps they’re more likely to be selling unique crafts and will be linking their images to their Etsy store.

Google, meanwhile, as a search engine will be able to employ their Buy Buttons to those knowing what they’re looking for, perhaps a higher price product, and are scouting around for the best deals.

Unless their designs provide an opportunity, neither idea encourages the use of baskets or purchasing multiple products from the one store. Rather, they encourage single purchases each time so perhaps this is where ecommerce stores find their niche – related products that give customers the opportunity to benefit from lower delivery costs.

Will we see more difficult-to-use and unattractive ecommerce stores popping up that work as a provider of products and collector of orders to and from social media platforms and other internet companies, but that have no intention of direct communication with their customers?

That’s an over-simplification but still a valid point. If you get your SEO positioning right with Ad-Words then you don’t even need to rank high naturally so it won’t matter what Google thinks of your online offering – you can still win by getting your orders in via Google.

Perhaps this in itself will ask the question of whether the buyer still prefers to check out a store themselves, when they’re buying, to see whether the company is legitimate and looks like it won’t run away with their money? Will they be able to trust a faceless online vendor who hides behind the likes of Google? Google’s buttons could be the equivalent of buying goods off a bloke down the pub!

What it comes down to is where you sit in your own place in the market. Do you have the sort of products seen as a part of a hobby? The sort of thing that perhaps Pinterest users would be talking about anyway?

Whether these latest developments are a risk to your online store or not, it’s an evolution to how the internet works that’s going to happen in any case. Will you react and survive, or miss out and fade away?

To (roughly) quote Heraclitus, “The only constant in life is change”. We’ve seen Google, in their dominant position on the internet, shift their weight before and everyone’s had to jump up and react, just as they will most likely do again. 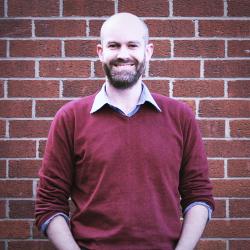