More Than Half Of Your Customers Are Influenced By Online Reviews

A staggering 67% of customers are influenced by online reviews, so if you’re not part of the game, you could be missing out.

A recent study by Go Fish Digital has revealed some very interesting statistics relating to the influence that reviews have on potential customers.

It turns out that more than 67% of people who shop online are influenced by reviews of the business in question. With such a large chunk of your potential audience looking for reviews when they shop, it is certainly worth considering your own online reviews system if you don’t already have one.

Considering there are now 3 billion internet users in the world, it stands to reason that you need to be doing your utmost to stand out from the crowd.

Google’s localised searching certainly has influence as well.Think about it, how many times have you been planning a meal out with friends and instantly jumped onto TripAdvisor to find the highest rated establishments in your local area?

When searching for a business in your area, thanks to Google’s localised search options, reviews can put you ahead of competitors in SERPs.

Likewise, if you offer services to local businesses, then highlighting testimonials and positive reviews on your website will help to build your reputation within the local community. Word of mouth is still a powerful tool, even when it is done online via reviews, social media or forum comments.

There is nothing wrong with requesting reviews from customers once they have made a purchase. This is a great way to get good feedback and it will flag up any areas that need improvement.

Don’t be heavy-handed with your request though. I’ve had sellers on eBay email me after a purchase and insist that I give them positive 5-star reviews. I had planned to anyway but the demanding nature of the email put me off reviewing at all.

You also need to make it as easy as possible for customers to leave reviews. Send them a feedback email a couple of days after they have made their purchase (Don’t send it straight after they buy if they are buying the product. It will take a day or so to arrive and an early email may be forgotten about). You can also automate this process so that customers receive a review request after every order. All it will cost is the initial set-up time.

Reviews will also help if you are using structured data on your website. If you are looking to increase your CTR (Click Through Rate) then having reviews on your website will give you more exposure on SERPs.

One negative review or article can have a big impact on your appeal to potential customers. The study conducted by Go Fish Digital found that 22% of customers would avoid a business if just one negative article crops up during their search. If three negative articles appear in a search query, it could rise to as high as 59.2%.

Four or more negative reviews could potentially lose you 70% of possible customers so it is definitely not something to ignore.

That being said, the other end of the spectrum is to react to a negative comment or review with an argument.

You may be in the right but in the end, but it will make you look unprofessional if you start an argument with a customer. Empathy goes a long way to securing a positive outcome to a negative review. Don’t just shoot them down or dismiss them.

Be understanding and sympathetic, always offer an apology and suggest a resolution to their problem, even if it is just your contact details so that they can discuss the matter further in private.

Additionally, keep in mind that customers will tend to be wary of businesses with a 100% positive feedback as it often looks too good to be true. Somewhere around the 98% mark for a large number of reviews looks more authentic.

During my time working for one of the UK’s largest floral retailers, we had reoccurring issues with negative feedback during busy peak periods such as Valentine’s Day, Mother’s Day and Christmas. It’s a busy time of year and sometimes things go wrong, thanks to miscommunication, bad weather and other such factors.

The marketing team analysed the data collected over the last few years to try and come up with a solution that could negate issues with negative feedback before they arose. We realised that most negativity came from the frustrations of customers who believed they were being ignored.

With this in mind, we set up a 27/4 monitoring system that went active a few days before the peak date and ran for about a week afterwards. It allowed us to respond to any questions or complaints across all of our social media and website comments sections at once.

After implementing this procedure, we noted a sharp drop in negative comments as we were able to respond to the customers directly any time of day or night.

Gathering genuine reviews is not a quick achievement but a long term goal.

It will take a while to gain a decent number of positive reviews and, along the way, you will have to deal with your fair share of negative ones. It happens to even the most dedicated businesses at some point. But once you start that ball rolling, you’ll gather more and more until that 67% of customers starts to pay attention. 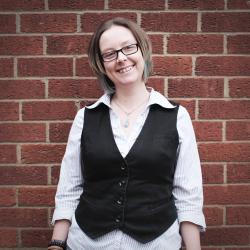